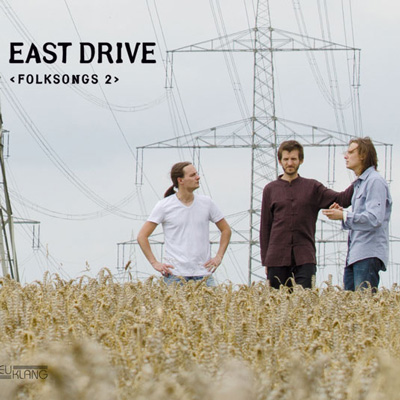 Strong compositions, intuitive playing, fascinating groove: Folksongs 2 is the enthralling follow-up of their debut album Folksongs. As the title may suggest it’s a consistent continuation of East Drive’s unique style. With vocalist Tamara Lukasheva and (like in their first album) pianist Olivia Trummer, East Drive have invited two of the most oustanding voices of the young European jazz scene for this production. Eastern heritage, global roots.