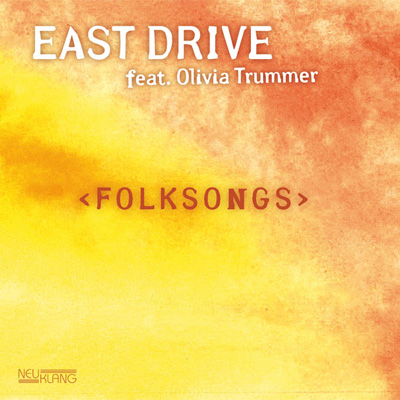 Folksongs is a debut album of striking freshness and spontaneity, recorded by three long-standing friends and musical partners Vitaliy Zolotov, Philipp Bardenberg and Bodek Janke. You get hints of East Drive’s Eastern-European roots in many nuances, but that heritage is never overemphasized or becoming a world-music cliché; they rather stay true to their original nature: Jazz.

The wonderfully talented Olivia Trummer is an invited guest, who completed the synergy of the power trio beautifully, with both her lyrical piano playing and her crystal clear voice.