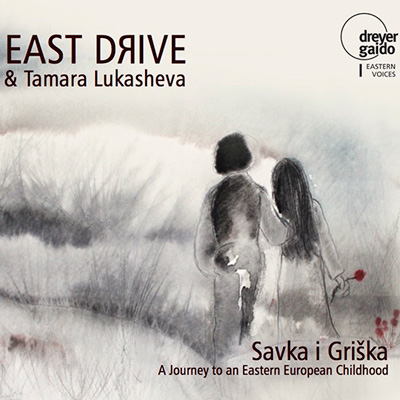 Available now on:
Update Required To play the media you will need to either update your browser to a recent version or update your Flash plugin.

A Journey to an Eastern European Childhood

Childhood is a place of myths. A place full of miracles, fairy tales and adventures; it´s that place where rainbows spring up and summer never ends. The songs of our childhood are like paths to that place, which sometimes seems to be much closer to our inner self than anything what we experience later on.
The heritage of eastern european childrens’ songs provides a sheer inexhaustible source of graceful, imaginative, mystical and humorous stories, of which we´ve collected the most beautiful ones to tell you in a new way on Savka i Griška.

Here, we’ve been supported by the phenomenal voice of price-awarded ukrainian vocalist Tamara Lukasheva. For many years, Tamara has been a close friend to the band and already appeared on our previous album, Folksongs 2. She performed with us on a bunch of tours in the past, too. On Savka i Griška she plays a major role and we really want to emphasize how she’s been inspiring and astonishing us with her musical approach, expression and diversity.

We’ve also invited some of our good old friends and companions such as Alexej Malakhau (soprano saxophone), Clemens Orth (Fender Rhodes & Organ), Teemu Myöhänen (cello), as well as a string quartet (for the first time in our history!).

That mix of surprizing new and familiar old sounds makes Savka i Griška something really special. Energetic, humorous, full of surprises.  Savka i Griška is a magical journey to a fabulous childhood of eastern europe.